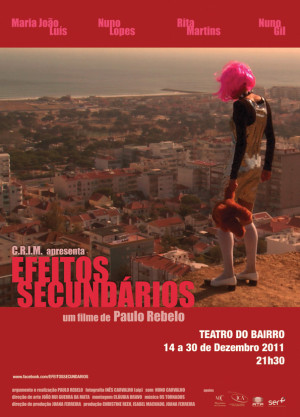 "...Side Effects is more than a love story or than a story on social problems. We could even say it's an essay on a micro-universe and the daily life of its faces. While a character is forced to grown up, the other only thinks about getting younger. Carmo is a young adult undermined by the aids virus and raised in rejection. The banality of the theme overwhelms the main character, but is attenuated by the expressive power of the lives that orbit around it..."

Pedro Rodrigues - "Side Effects, fragments of a lost suburb of Lisbon by the sea﻿﻿﻿" in Jornal i, 13 December 2011