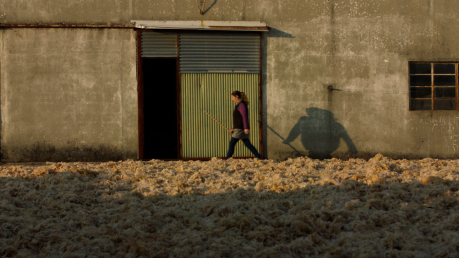 Portrait of a tannery in Beira Alta and of its workers. The film follows the lives of Carla and Lúcia, the only female workers left after the departure of Patrícia, whose disappearance is the subject of much talk among the workers and serves as a metaphor for the future of the factory after the economic crisis that stormed the country.