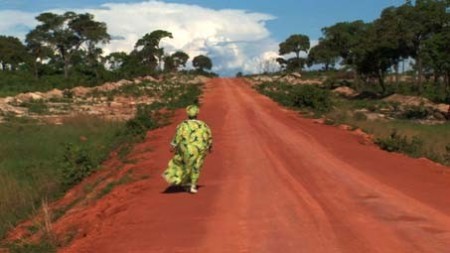 Fatima, a 70 years old Angolan nurse, after working years in Portugal decides to return to her home country. She wants to initiate a humanitarian health mission in the south of Angola, one of the most important regions of the recent civil war. Here, in a landscape of ruins and abandoned tanks, read the city Menongue where Fatima discovers the problems of inner Africa. It is necessary to recover the local hospital that does not have flowing water or oxygen. The smell of garbage and death infiltrates people's skin and soul. You have to believe in something to be able to face the next day.﻿