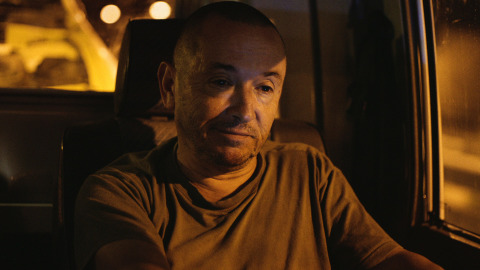 The tow truck driver gives a ride to a young driver, who has just escaped uninjured from his yellow sports car being taken to the junkyard. In the hush of the dawn the truck driver keeps talking on talking and talking. The freeway is his battlefield. While the car driver remains silent the shock truck driver speaks up against the silence of the world.