Back Roads Europe - On Roman Roads 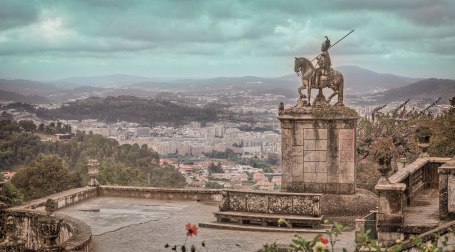 Their network is woven like a spider's web over to immense empire: the Roman roads. Nearly 85,000 kilometers of paved roads once traversed the Roman Empire, linking Europe to Asia Minor and the Near East. For several centuries, they serve as commercial roads, military routes and communication networks - for the circulation of the traders, soldiers, civil servants and messengers of the Empire. After the fall of the Empire, the paths outlived their builders, but their usage changed. For centuries, cities and villages, civilizations and cultures continued to develop along these routes. Today, this immense network of roads continues to traverse all of Europe. It bears witness to the wealth of ancient crafts and the diversity of traditions.